I was just about to install my new left side exhaust manifold on my 1987 Chevy G20, L05 engine when I discovered that it doesn't have port for the secondary air injection tube, aka smog tube.  The exhaust manifolds that don't have smog tubes are for 1986 and eariler.  I haven't been feeling very well.  As far as I know, it's not COVID-19, but nonetheless, I've been under the weather for at least a week.  I just went to the auto parts store, returned the manifold that I purchased and I'm waiting for another to come in tomorrow from another store.

I do a little GPS work for the American Discovery Trail Society from time to time.  I've been working on a map of the Buckeye and North Country Trail chapter, partners, affiliates and ADTS state committees from the perspective of the public wanting to join them.  It's an Ohio thing.    There's some nuts, bolts and assumptions that were necessary to make it.  I had to get the parking data for the American Discovery Trail in Indiana on the North Midwest Route done so I can measure the driving time between that and the west chapter-less area of the North Country Trail - Ohio and ADT - IN NMR.  Once complete, I'll have to alter the BT's Far SE Ohio for the present situation and possibly do some minor work on the map for it's Miami River's Chapter?
Recently, I charted that Detroit and parts of Ontario, Canada were closer to the BT's northwest chapter-less area.  But I didn't take into account the addition of the new Iron Belle and Trans Canada Trails.  I corrected that.  With the addition of those two, the BT's NW chapter-less area only has an advantage in a handful of zip codes in Monroe County, Michigan now.
If you go on the website for the United States Postal Service, you can enter your address and get the locations for the nearest 3 post offices.  I have no idea if some online service exists that could be programmed with trail parking areas and take an address input from anywhere in North America, or the world for that matter?  I don't even know what to look for?
My map could be deployed on Google and embedded into a website.  It won't do the world, but it will do Ohio and some of the vicinity.  I did it according to driving time from wherever Google locked on to a zip code to the nearest trail parking area.  The section with the parking area that had the least amount of driving time was awarded the zip code.  I didn't have to do every zip code in Ohio and vicinity.  Instead, I figured out a faster way.  I used county and zip code GIS shapes.  All I had to do was determine the separation point and color the shapes for their respective areas.  Once I got that, logic took over and I filled in the rest quickly.
I have to be real careful with how I express this.  I have absolutely no authority to put boundaries on these chapters, partners, affiliates and chapter-less areas.  That's internal and this project's intent is the public, or external.  I know of possible new additions that I can't get into now, but my map will need to have variations that compensate for them ahead of time.  And if I'm to report to the BTA about my findings, I'll also need to tally their populations.
Posted by MD Edmonds No comments: 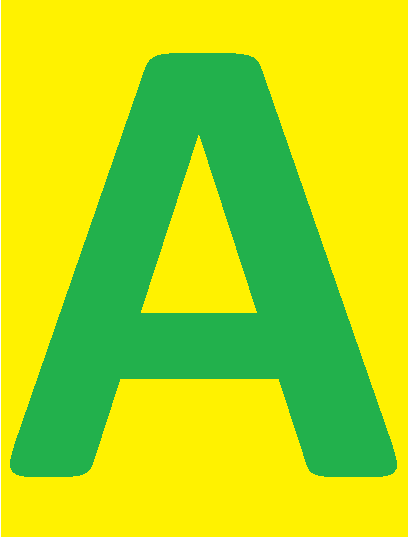 I came up with a logo for Adventurer's Project.  The green, of course, stands for greenery and the yellow stands for the sun.  The latter is very important because it gets hot here in Far SE Ohio, which our area includes 40 miles of the Buckeye Trail (North Country concurrent) in the Marietta Unit of the Wayne National Forest (The Wayne).  Hikers often underestimate their water consumption here.  And on the North Country Trail, it mostly stays above the 42nd parallel.  We're at about 39°N and our summers are more like Kentucky and Tennessee.  North Country is more like Vermont, New York State, Pennsylvania, Michigan, Northern Wisconsin, Northern Minnesota and North Dakota.  I'm certain they probably don't realize how hot it gets down here.
Right now, I have some smog tubes (secondary air injection) on order for my 1987 Chevrolet G20 Sportvan.  They should be coming in tomorrow?  When I dismantled the former exhaust pipes, I realized that there was weakness in one of the exhaust manifold bolt holes.  Rather than wait for it to give way, I decided to replace the manifolds.  I have those now.  But I wasn't going to mess with trying to unbolt the smog tubes.  I'd probably round out their bolts if I tried and still not get them out?  I have new exhaust manifold gaskets, so this is going to be a complete replacement.
The forest service has us doing some rather extensive modifications to the trail in The Wayne.  For one, every stream crossing needs to have ramps benched on both sides.  Benching is a part of trail maintenance where we have to widen, or re-establish the trail's tread, or the surface that you hike on.  More notibly, if you hike up a grade, that's "pitch."  But when building a trail, when the trail builders come across a hillside, but in the other dimension, leveling that out by benching, that's the "roll."  It has to be maintained every few years or so because of erosion.  And our off-road trail is so backcountry and narrow that it has to be done by hand manually with mattocks and Pulaski axes.
The off-road in The Wayne for the most part was originally designed and built for the North Country Trail from 1983 to 1987.  By word of mouth, the NCTA struggled with getting maintainers from 1987 to 1997.  My impression is that for about 35 miles of off-road, they were working with about 4 volunteers if I had to guess.  10 miles of off-road per trail maintenance volunteer is 3x more than any one volunteer should ever have.

There was a North Country Trail Association chapter in this area, but it was short lived.  The Buckeye Trail Association took over the maintenance and some of the routing administration in 2000.  But it took them about 5 years just to get the trail opened back up by mostly minimum standards.  So, I think I have to assume that some of the benching hasn't been maintained in 30 something years?
In addition to being the lead for Adventurer's Project, I'm also the volunteer Section Supervisor for the Whipple Section - Buckeye Trail (North Country concurrent), which is the south of what the project supports in this region.  My two biggest projects are in the ballpark of the present day Whipple Section, Point 03/ Big Run Rd/ Township Rd 414 in Independence Township and Point 05/ Brooks by McCain Hill & Bean Ridge Roads to Point 06/ Brooks by Cow Run Roads in Lawrence Township, both of Washington County, Ohio.
The trail in The Wayne has a mountain bike concurrency, but that's by no means unusual for Distance Hiking Ohio.  With the tasks that need to be completed, there are some hiking related safety issues to iron out.  But what I see in it with the mountain bikers is something cooperative and diplomatic.  The hiking world really doesn't understand, or doesn't fully understand when I get like this.  I have no idea if this will work, but I am sure that it won't if we don't try.
In the ballpark of Whipple 03/ Big Run Road, I've been working to the east of there so far.  And the trail ascends up to the top a ridge, where it's roll has been leveled along it's side.  But it wasn't well built.  Another BTA volunteer and I had to use our Pulaski axes to chop away the south side embankment to widen the trail.  Then i came up to an area with a 500lb boulder sticking out of it and a big slip on the other side.  With authorization from the forest service, I either have to do extensive work trying to get that boulder out and repairing that deep slip, or I'll have to reroute the trail within 50ft of the original?  And in order to know if I can reroute it, I'll have to approach the area from the opposite direction to know for sure?  If it's unattennable, then we'll have to work with what we've got.
Whipple 05 - 06/ the Brooks Rd area features the Little Muskingum River Flats where the trail right next to the river in it's flood plane..  You could say that this place is in the Sitka, Moss Run and Dart areas of Washington County, Ohio.  It has five distinct features to it.  There's the East and West Highlands, Embankments - East & West and then there's the flats in the middle of it all.  The West Flats are no problem.  But the east end gets narrow.  The river embankment gets tight and wedges the trail against it and the river.  We're having erosion problems on the river's side of the trail and we need to reinforce that bank with some boulders and rocks.  But the boulders and rocks have been washed out to  a point at the start of the west end, which is a mile away.  That's a long way to haul heavy loads, especially during COVID-19.  But I think I might be able to do it with a wheel barrel if I bench ramps  into 3 stream crossings down there first?  I estimate that I alone could haul 6 loads to the site.  But the problem is that there's nowhere to stage piles of rocks and boulders out there, so every time a load is delivered, the boulders have to be set then.  I think that's going to impede the "assembly line" if you would?  The good news is that one of my forest service liaisons and I did some work on this site last year.  And the high side embankment was easy to bench.
On the project's side of things, COVID-19 has made in-person trail promotion rather unattennable.  i was supposed to execute a project that could strengthen some of our weaker areas, but considering the people still wearing face masks and complying with state recommendations, it's not worth the fuel or time right now?  Regardless of anyone's particular persuasion, it's just a really bad time and conversation over it for these purposes are an utter waste of time.  From my end of these, we just have no choice but to ride this out in other ways.  I suppose that since I don't know this area too well, that walking through these towns, villages and cities to get a rough feeling of what they're all about could be a good idea?  And I could possibly engage people, say one at a time?
Posted by MD Edmonds No comments: